Pitfalls, How To Avoid 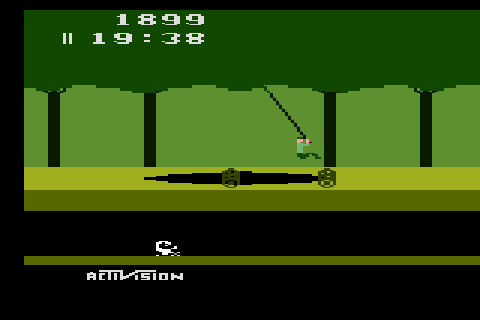 As mixers, we relentlessly fill our heads with the arcane and absurdly technical, from frequency responses of various microphones to the intermodulation products of RF signals. We do so to become efficient problem-solvers. One aspect, however, consistently proves to be vexing: the business side itself.

Let’s face it: most of us got into this because we don’t like business, at least in its traditional, executive-oriented form. We don’t like wearing suits, sitting at a desk, punching a clock. The very thought that somewhere, right now, a group of adults is having a scheduled meeting about the fact that they are collectively incapable of throwing out spoiled leftovers from the office fridge fills us with a bit of rebellious schadenfreude. 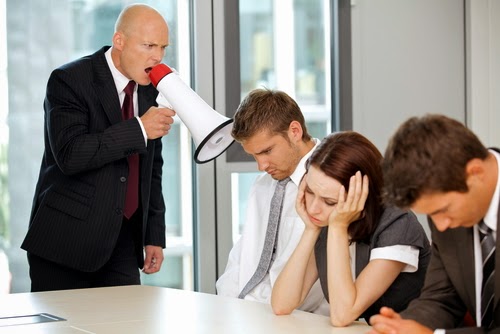 
That’s not to say that we don’t want any kind of job, or shy from hard work; to the contrary, we will often put in  12-plus hour days for weeks, if not months at a time. We do so willingly and with gusto. It’s not the work that we sometimes find ourselves averse to, it’s the business: the numbers, the accounting, the paperwork, virtual and otherwise.

This isn’t yet another homily about how taking a business class would be best thing you could do for your career in sound (even though that’s true). More specifically, this is about how you get the business in the first place, which is negotiations. Also, this isn’t a treatise on how to negotiate per se, this is merely a primer on how to avoid certain pitfalls. I can speak authoritatively because I’ve tumbled headfirst into them myself.

The one benefit to the challenges you’ll encounter as you navigate the business landscape is that there are no new mistakes to make. They’ve all been made already, by numerous people who have come before you. The smart play is to let someone else make that mistake for you, so that you can avoid it. Learning from others is what “standing on the shoulders of giants” means. Not this, though it should.

Half days are full bullshit. Unless you’re doing a favor for a very good client who encountered something on the order of force majeure, there is no legitimate reason for doing a half day.

We are not parking lot attendants being hired to show up with a pulse. We are highly skilled specialists. We bring our experience, technical knowledge, and our professionalism to bear on each set. That is what a client books; not a warm body for two hours.

Additionally, they are booking the right of first refusal. In our context, it means that the client is paying you to say no to other potential work for that day.  This gives the client the confidence that this position has been booked (one more thing off their plate), and gives you the guarantee of full rate on that day.

Some coordinators (and, frankly, myopic mixers) have countered that since it’s only a half day, you could potentially book another half day for two short gigs. Individual anecdotes aside, the odds of this happening are laughable, but that isn’t the only issue. Consider the following:

Jane miraculously books two half days gigs on the same day, one in the morning, one in the afternoon. Then, her morning interview subject is delayed and has to reschedule for later in the afternoon, which conflicts with the second gig.  So, which client does Jane screw over, the morning one or the afternoon one? Sure, she could scramble and try get it covered, but is the stress and uncertainty worth 60% of her rate? What happens if she can’t? By leaving one client high and dry, she’s damaged her reputation, which is what we bank upon.

If they book you, they book a full day in your calendar, regardless if the actual time rolled is supposed to be ten minutes or ten hours. That way, if the schedule changes (within reason), you’re still available to them on that day, and you get paid for the full value that you offer as a skilled technician on set.

“But our budget is really low.”  Uttered so often that we begin to hear it in our sleep. Folks, I’ve been doing this about ten years now, and I can tell you that NOT ONCE has any potential client said “Hey, we’ve got plenty of money!” 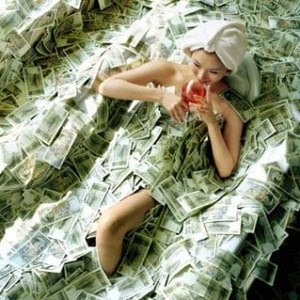 "And the twenties are perfect for exfoliating!"


Just about every gig will present itself as “low budget”. That’s just business. They’re looking to save money, so they open with a low rate, regardless of who the client is. I don’t mind them opening low; that’s how it works. But I do mind them taking it personally when I refuse to lower my rate. It’s not personal, because we aren’t friends.

Nor are we a “team”. I am a member of the production crew, and the crew must function as a team on set. That’s something quite necessary to ensure efficiency and to keep the day pleasant. But the business paying us is not part of that; it’s a vendor/client relationship. Asking you to compromise by making an emotional appeal to your sense of camaraderie isn’t negotiation, it’s manipulation. Don’t let them.

A rule of thumb: there is an inverse relationship between the rate offered and the quality of the gig. Less money = longer, harder day with more problems getting paid in the end. More money = a far more pleasant endeavor. My experiences involving 16+ hour days with no OT, long-term wrangling to collect late payments, and crappy, unsafe sets are, inevitably, all from low rate gigs. They’re trying so desperately to punch above their weight that they compromise the crew, which ultimately (and short-sightedly) compromises the production. If they’re for real, they’ll find the money. If they’re not, then you’ve dodged a bullet.

One particular adjunct to this notion is pertinent to those starting out. Mixers often feel (as I did when somewhat noobish) that since they’re new, they can’t ask for full rates. While there’s something to be said for making your bones on indies with friends and doing PSAs for non-profits, there’s no reason to accept a lower-than-usual rate simply because you consider yourself “new”. If you’re qualified for the job, then you’re qualified to be adequately compensated for it. If you feel that you can't ask for full rate, then you should pass it on to a more experienced colleague. The client gets professional results, you reinforce a valuable industry relationship, and everyone's happy.

Flat rates are crap. They’re a red flag. Again, if the production is for real, they won’t stoop to offer them.  But here’s a very simple test: You get offered a flat rate for a 12 hour day, but are assured six ways from Sunday that they’ll never, ever go over 12. Okay, then have them promise you OT after 12 in writing.  They balk; they say they can’t, but again, promise that it won’t go over 12.

Here’s the thing: they should have no trouble committing to OT on paper, since, if they don’t go over 12,  they won’t have to actually pay it. The fact that they won’t agree to OT means that they know that they will go over 12. They’re lying to get you to commit to the flat rate, in order to save money. Be smart and protect yourself. Any production that would outright lie to you is not looking out for your safety or comfort.

Writing On the Wall

One of the easiest ways to protect yourself is to, above all, get it in writing. That doesn’t mean cuneiform tablets or notarized paper; an email can suffice for a deal memo, which is what we should all be doing if not offered one by the client. (NOTE: this does not mean that it will necessarily hold up in court, but it’s far more solid than a handshake deal.)

Make sure it lists (at the least):

Many gig offers start out as phone calls. I try to transition the conversation to email as expediently as possible. Human memory is notoriously unreliable, so having everything archived as text greatly simplifies things.

This also helps with “kit creep”: all the little things that clients ask for on set that weren’t negotiated for initially (“Oh we need another Comtek.” “Oh, can you wire one more person?” etc ). Having a document that clearly spells out what a la cart items cost can help should you encounter pushback.

Ultimately, I’ve found sending a rate card as a PDF to be very convenient. It lists all the relevant terms and the client can simply check which gear package meets their needs. Once that is signed and returned to me, it becomes my deal memo. If there is a discrepancy during billing, both the client and myself have copies of that signed rate card to refer to.

You Are Not In Good Hands 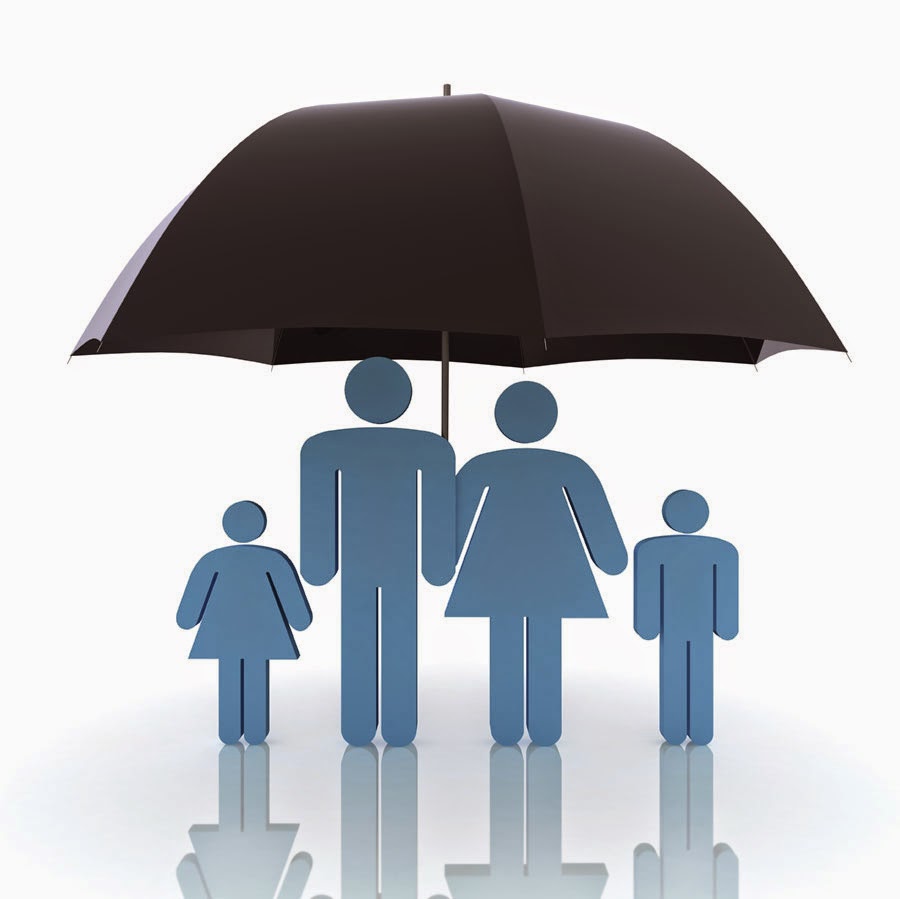 Make sure your restroom family will be provided for.


Insurance. It’s the most beige thing in a taupe sea of boring, but it’s also one of the most necessary. I’m not talking about your own gear insurance (which you should already have), but proof of the client’s production insurance.

Any client worth their salt (or any other seasoning for that matter) will have an umbrella liability insurance policy, covering the production for its duration. In order to protect your kit (a major portion of your livelihood), demand a certificate of insurance (C.O.I.) listing you as an Additional Loss Payee. This is the same thing that the G & E and camera rental houses require before releasing gear; you, as the owner/operator, are the audio rental house, and should be treated as such.

Again, this is separate from your own gear insurance, which covers anything that happens to the gear while in your possession, storage, or in transit (or whatever the specific terms of your policy are). But from the instant you arrive on set to the moment that you’re tail lights, your kit should be covered by production. They are, after all, the only reason you’re risking bringing your gear off the shelf. *

I’ve fallen into every one of the above pitfalls myself. While many of the items I discuss may feel adversarial, the process doesn’t have to be. The majority of your clients will likely be pleasant and professional. These are merely suggestions for the times when they aren’t.

Remember: you are self-employed, therefore it’s up to you to fight for your self-worth.


* (Please note that this refers to gear insurance only, not worker’s comp insurance, which is beyond the scope of this article, and most of my brain power. You will also note that I am not an insurance agent, and that you should consider the above article to be merely a guideline for your own research. Don’t just take my word for it, especially with insurance.)