Greetings, campers. It’s been a bit since the last Official Syncsound Audio Newspamphletter, so buckle up. (Not because it’s super exciting or anything, just a friendly reminder to always use your seatbelt in a moving vehicle. Safety first!) 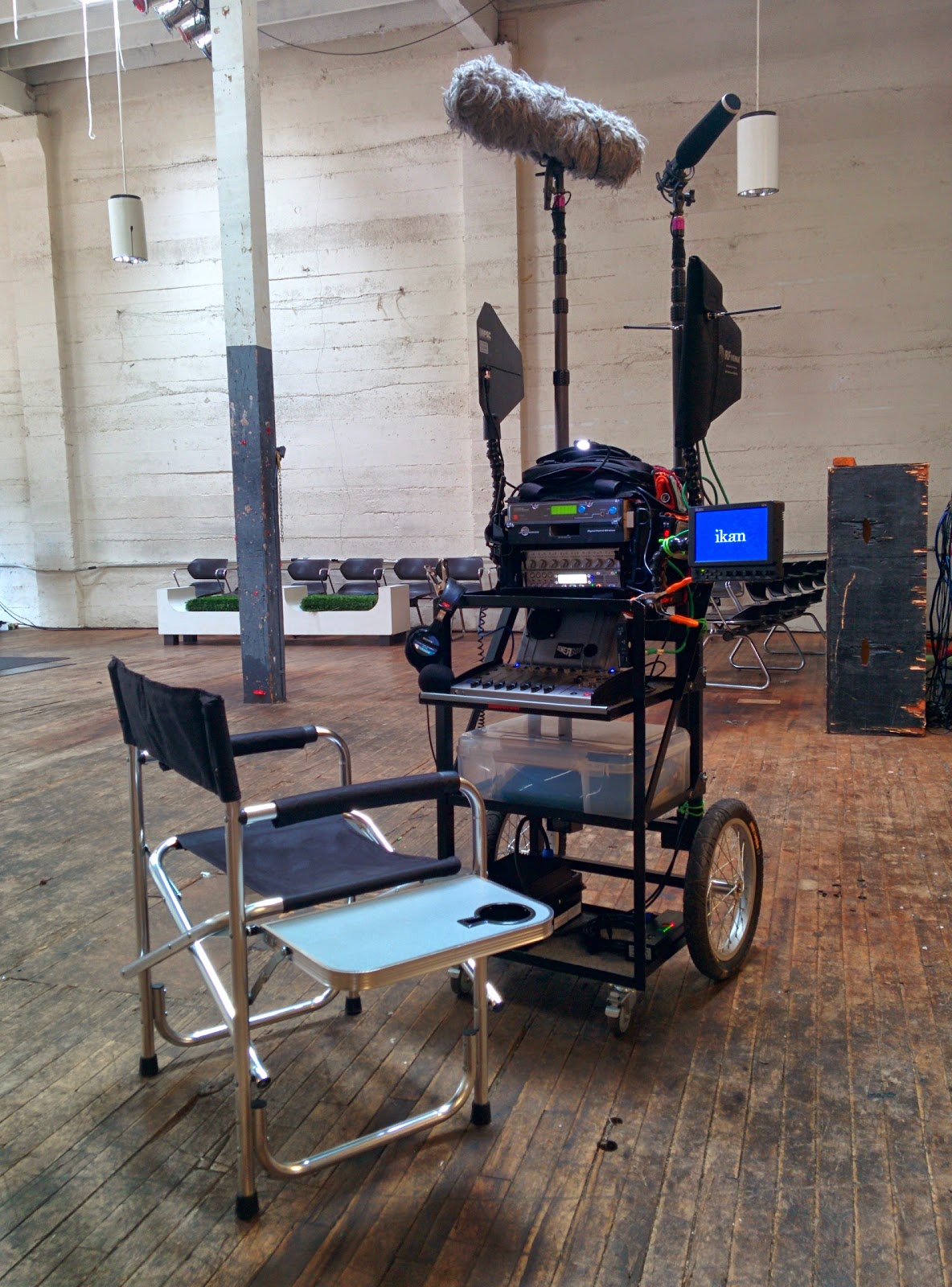 Now, on to the newspamphling: alterations and updates have been made to the main mix cart (the missile defense shield is back-ordered). From the ground up: the power supply was recently upgraded from a lead acid to a Powerstar EuroLife Lithium Ferrite system, delivering more power with less weight (less weight = less grumpiness from sound mixer. Everyone wins!). 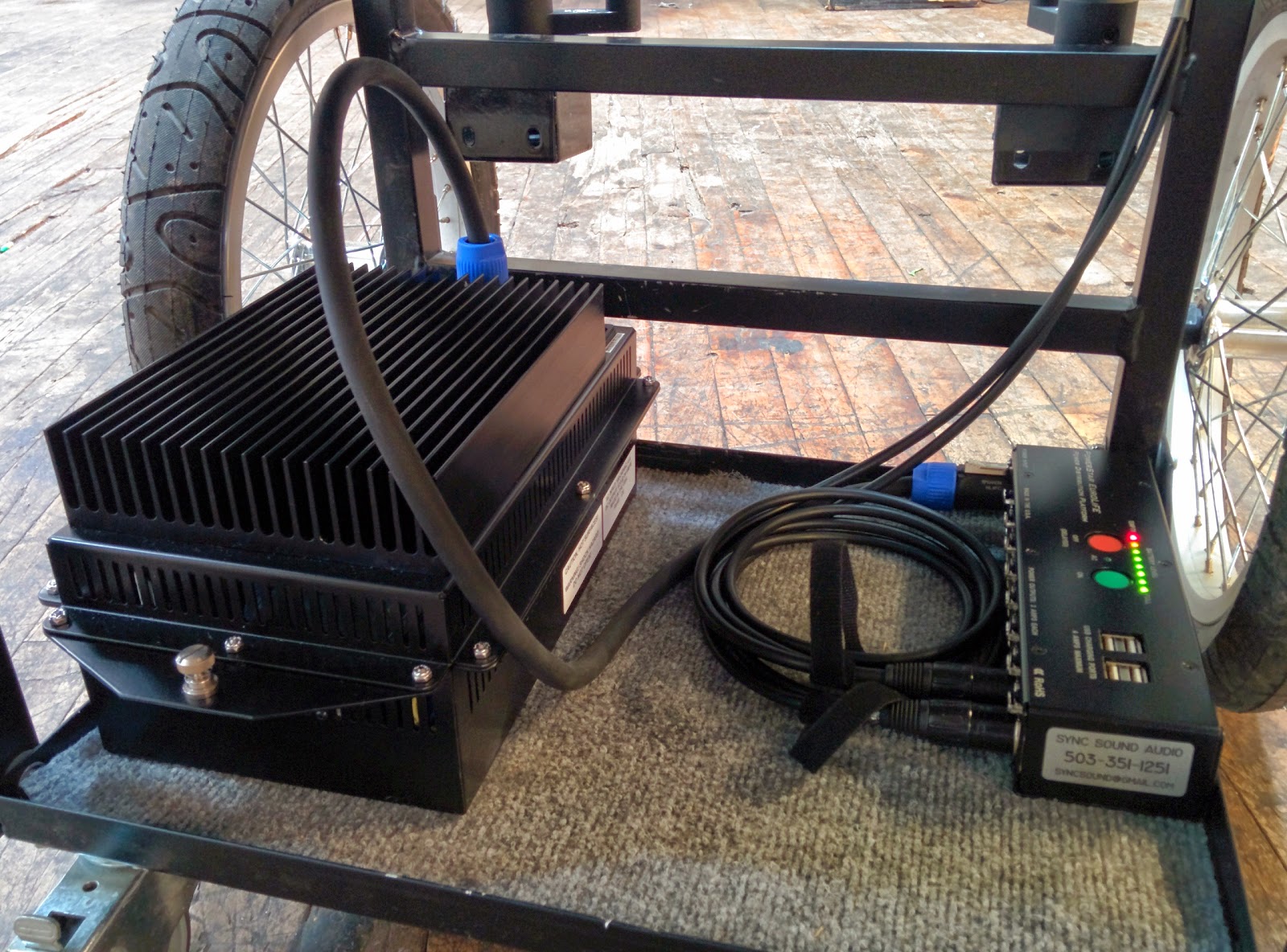 Remember, kids: "green" is "power", and "red" is "eject". NEVER PRESS RED WHEN I'M WORKING, NO MATTER HOW FUNNY IT IS.

The EuroLife was intended for another cart design, but with the addition of some strategic stabilizing solutions (read: Velcro), it integrates just fine into the Rastorder Foldup cart. 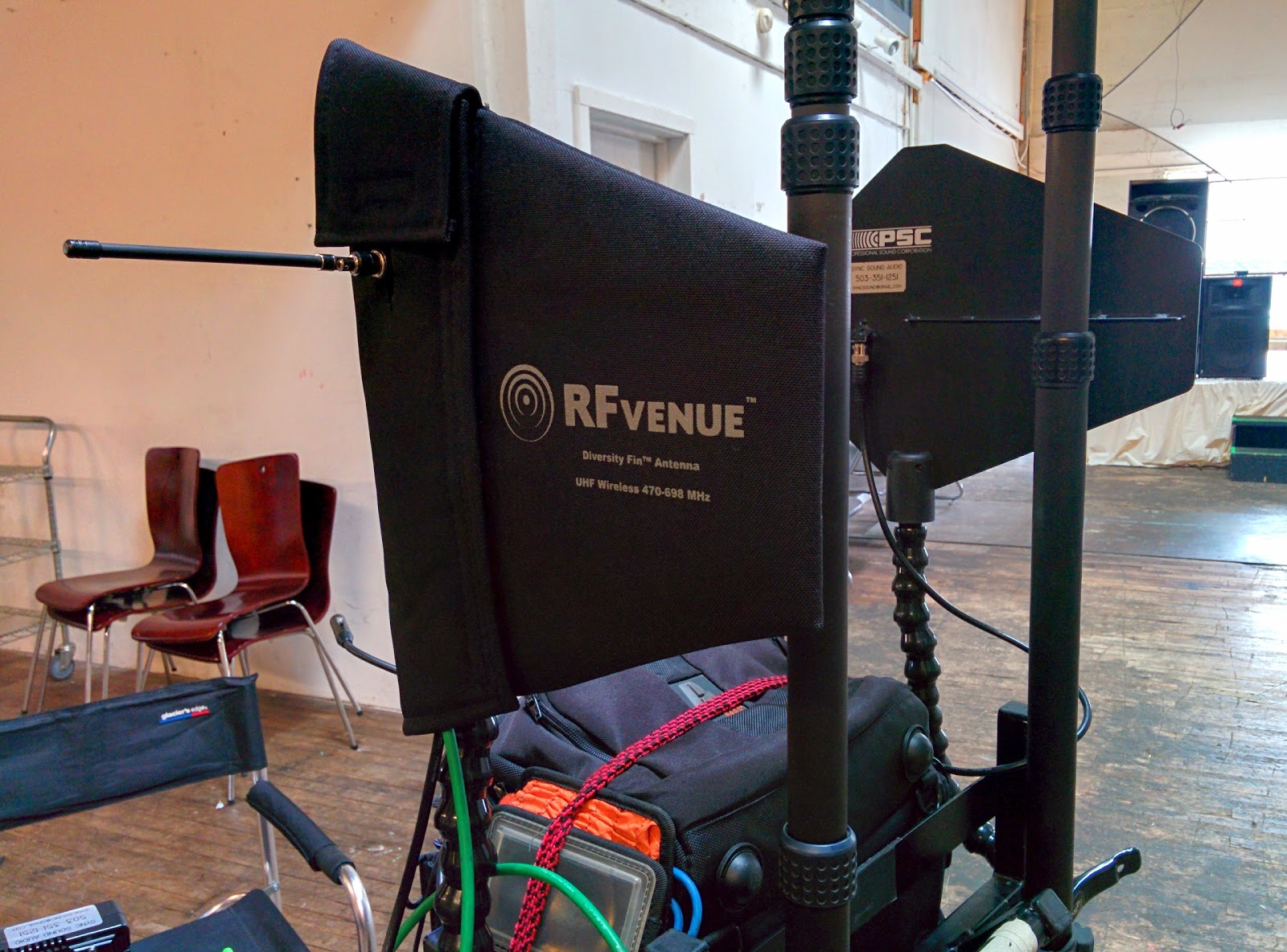 At the top of the cart, you’ll notice an RF Venue Diversity Fin, a combination dipole/LDPA antenna in addition to a standard sharkfin. This may seem redundant, but is by design. Rather than use the RF Venue as a dual receiver antenna, I am employing the dipole as a transmitting antenna for the Lectro IFB system. I had been using Lectro’s own dipole antenna for the IFB, but this meant mounting three antennas on the cart, which was unwieldy at times. Now, the dipole section transmits, and the LDPA functions as a second sharkfin receiver. Having done numerous walk tests, I can confirm performance is at least as good as having three separate antennas. (RF Venue doesn’t recommend this practice per se, but the tests bear out the concept). 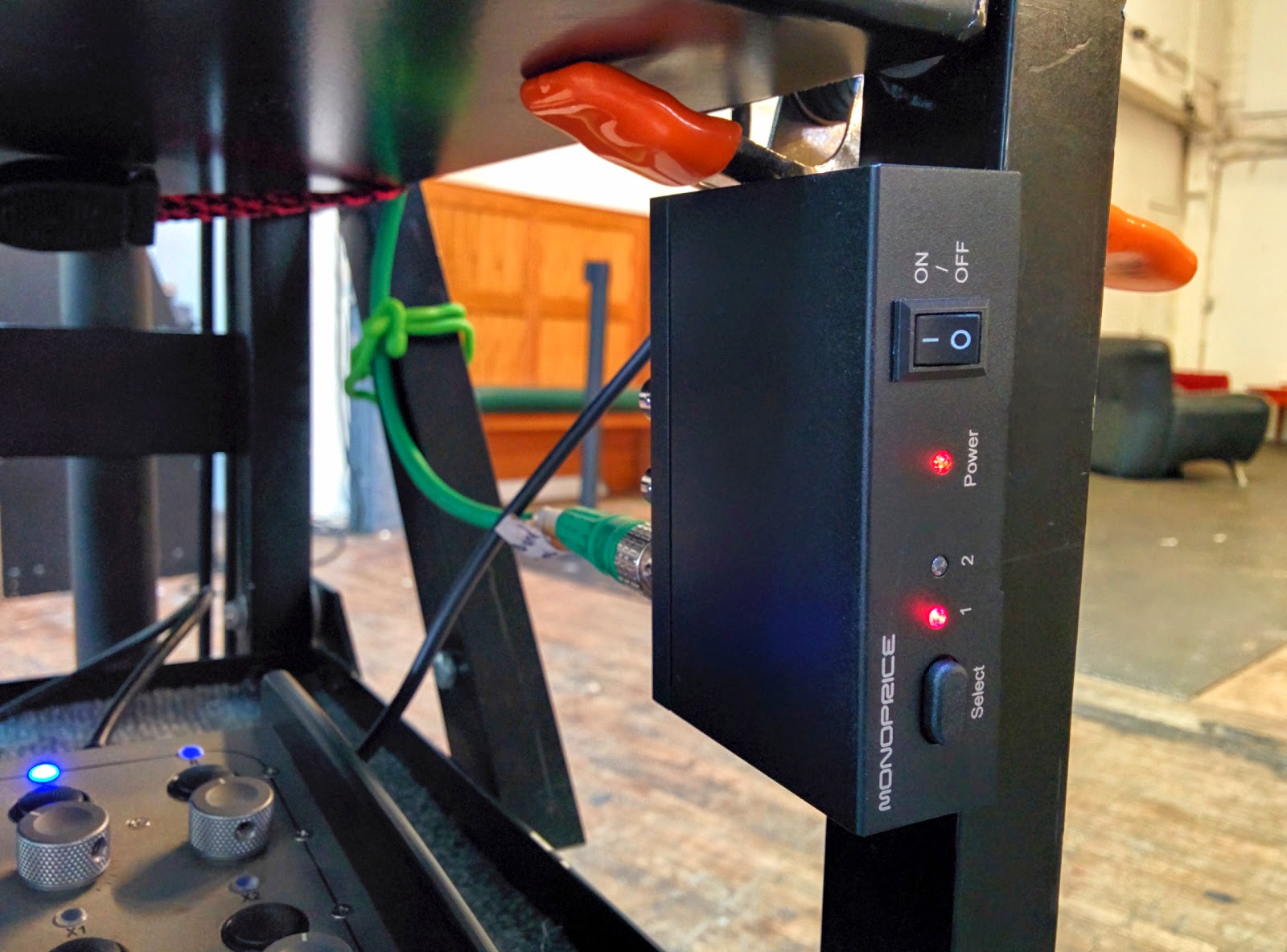 On the picture side, I’ve added a Monoprice A/B SDI switcher. As I only have real estate for a single monitor, I’ve had to make a choice when shooting with two camera coverage. When it’s a tight-and-wide, I monitor the wide, as this is more crucial for keeping the boom out of frame. But when we have cross coverage with two mediums or close ups, it can be limiting. The switcher allows me to check both frames while keeping the cart light and collapsible. Seeing as how my request for a Bugattii Utility Vehicle goes unheeded (thanks for nothing, Wolfgang!), I need to keep the entirety of my kit modular enough to fit into a Subaru Forester. 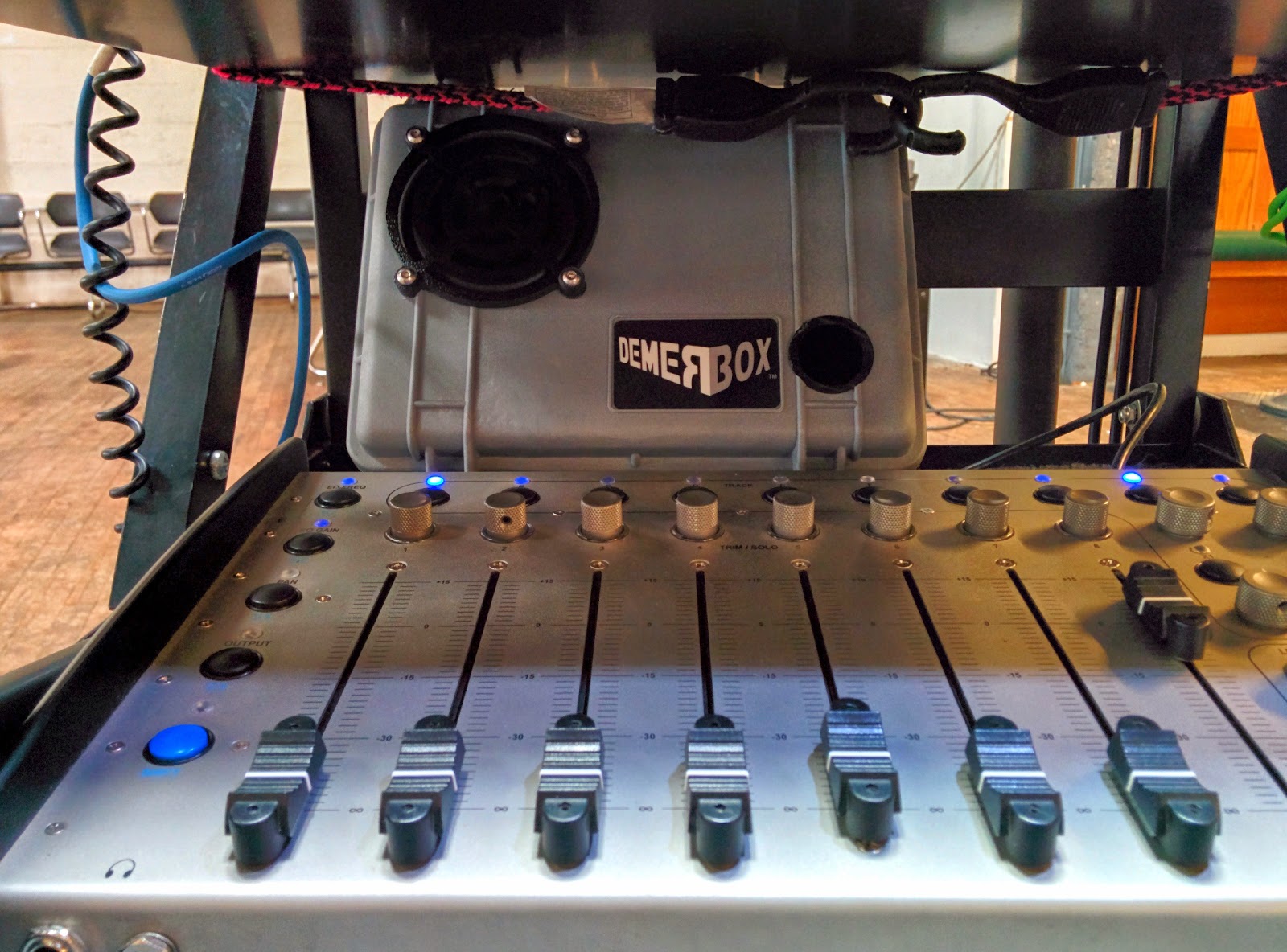 Tucked under the top shelf, just behind the CL-9 is a Demerbox Active Speaker. A rechargeable lithium battery powers the speaker, which can accept 3.5mm minijack or bluetooth. It's too underpowered for playback use, but has plenty of oomph for a cart speaker. The fact that it's built into a waterproof Pelican case makes it a great choice for the dry, sunny Oregon weather. 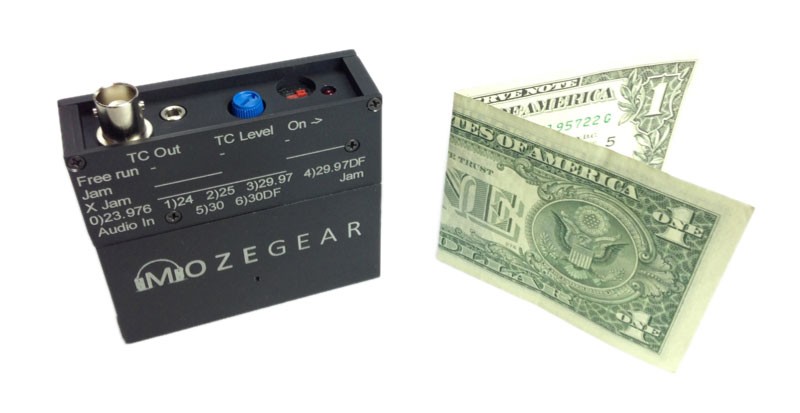 In the doodads department, I recently acquired the Mozegear TIG, a svelte timecode reader/generator that offers a very elegant way to stripe timecode as LITC, meaning you can record timecode on cameras that don’t normally accept it (like DSLRs and the Blackmagic cameras). It also has a option to output timecode on one channel of audio and allow a scratch track on the other. Check out my review here. 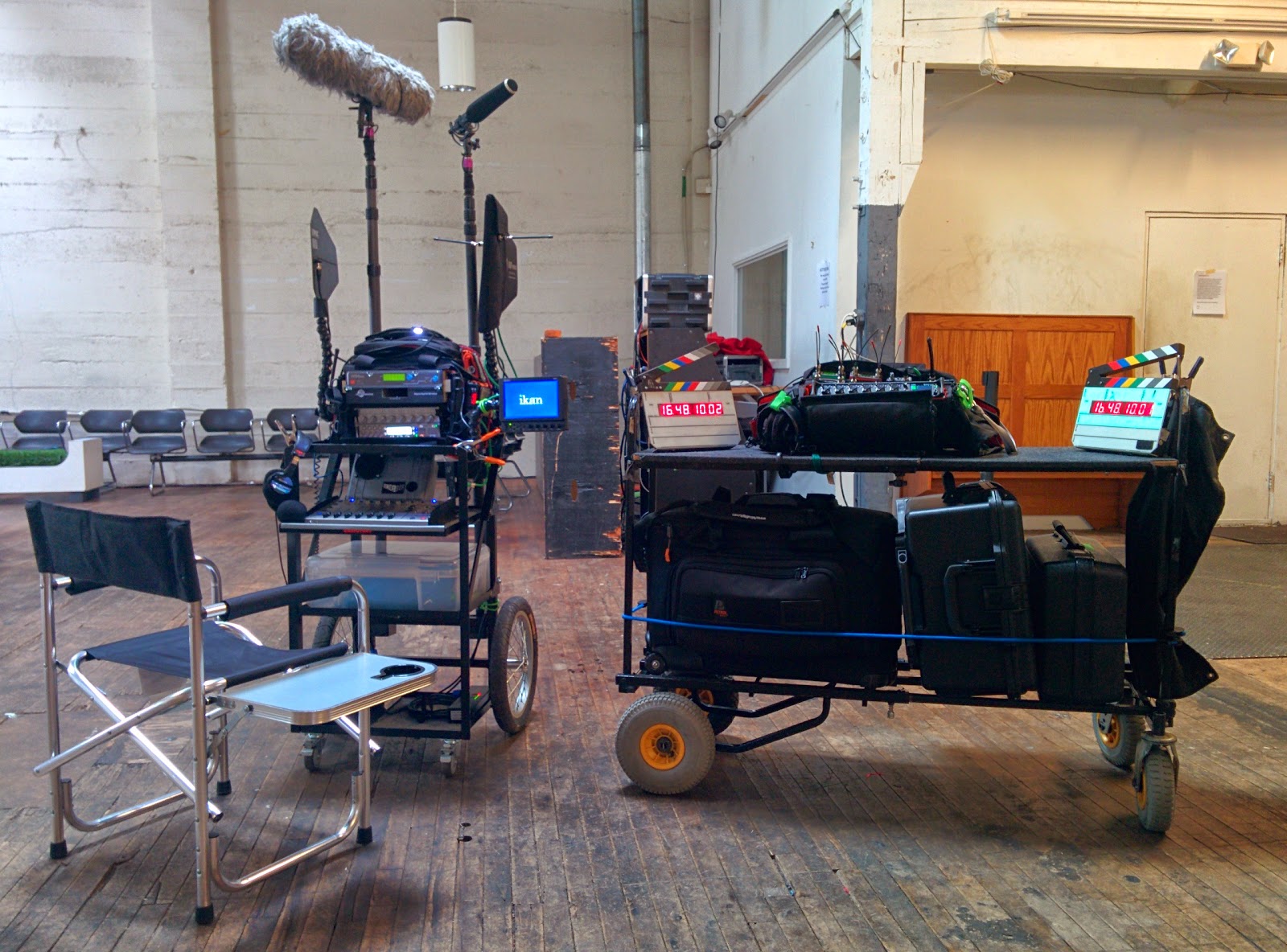 So, here are both the main and follow cart. The rest of the main mix cart is the same: based on a 788T bag, it comes with a CL-8, a CL-9, IFB and Comtek, and a Lectro Field Venue with VRT receiver modules. 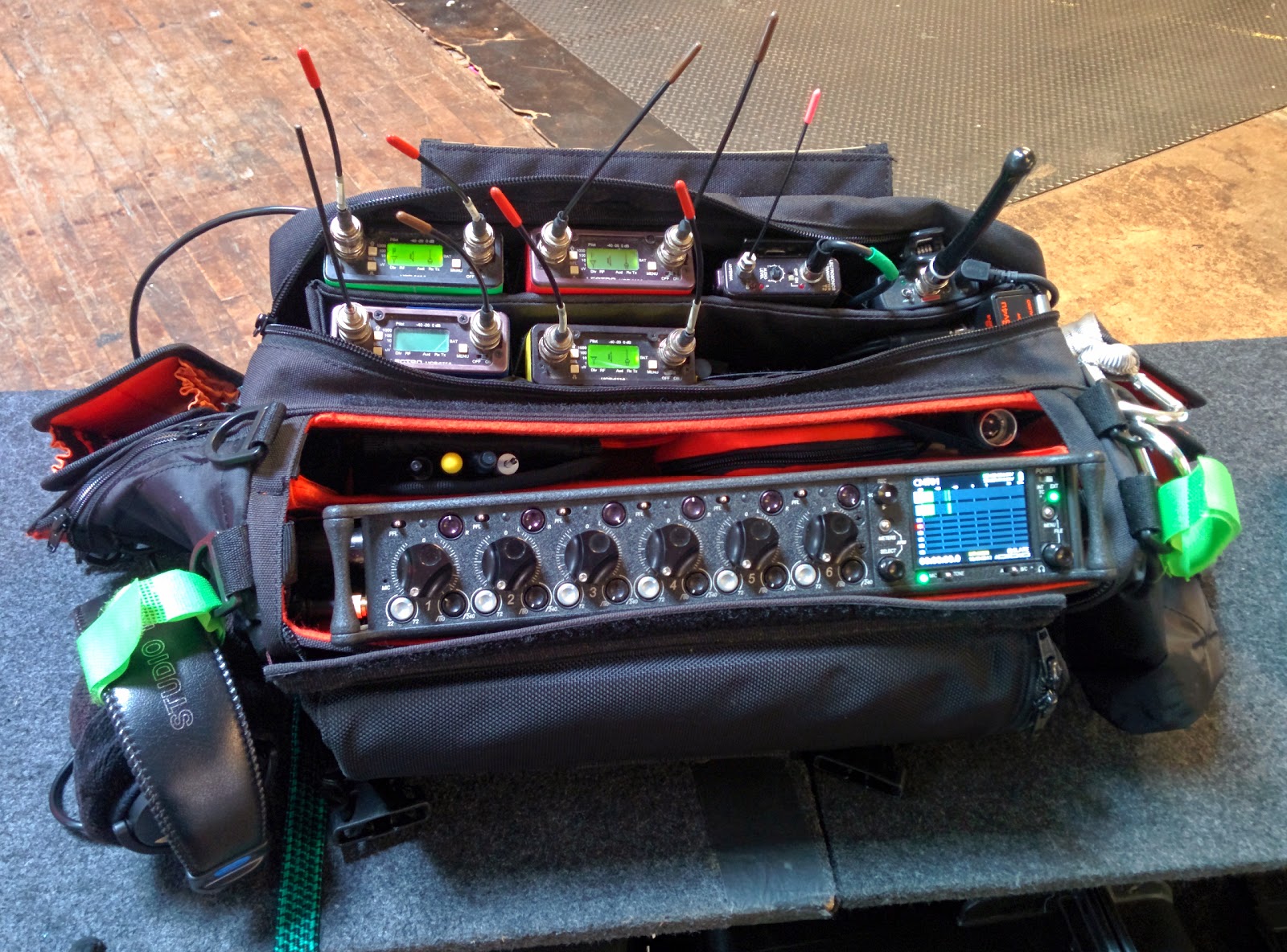 On the follow cart you’ll see my SD 664 bag, for smaller ENG/EFP gigs, which also functions as a mobile/backup setup on bigger film/TV jobs. The lower shelf also holds a case of Comtek receivers. Two are included with the kit; up to (8) more are available a la cart (even more can be sub-rented with advance notice). 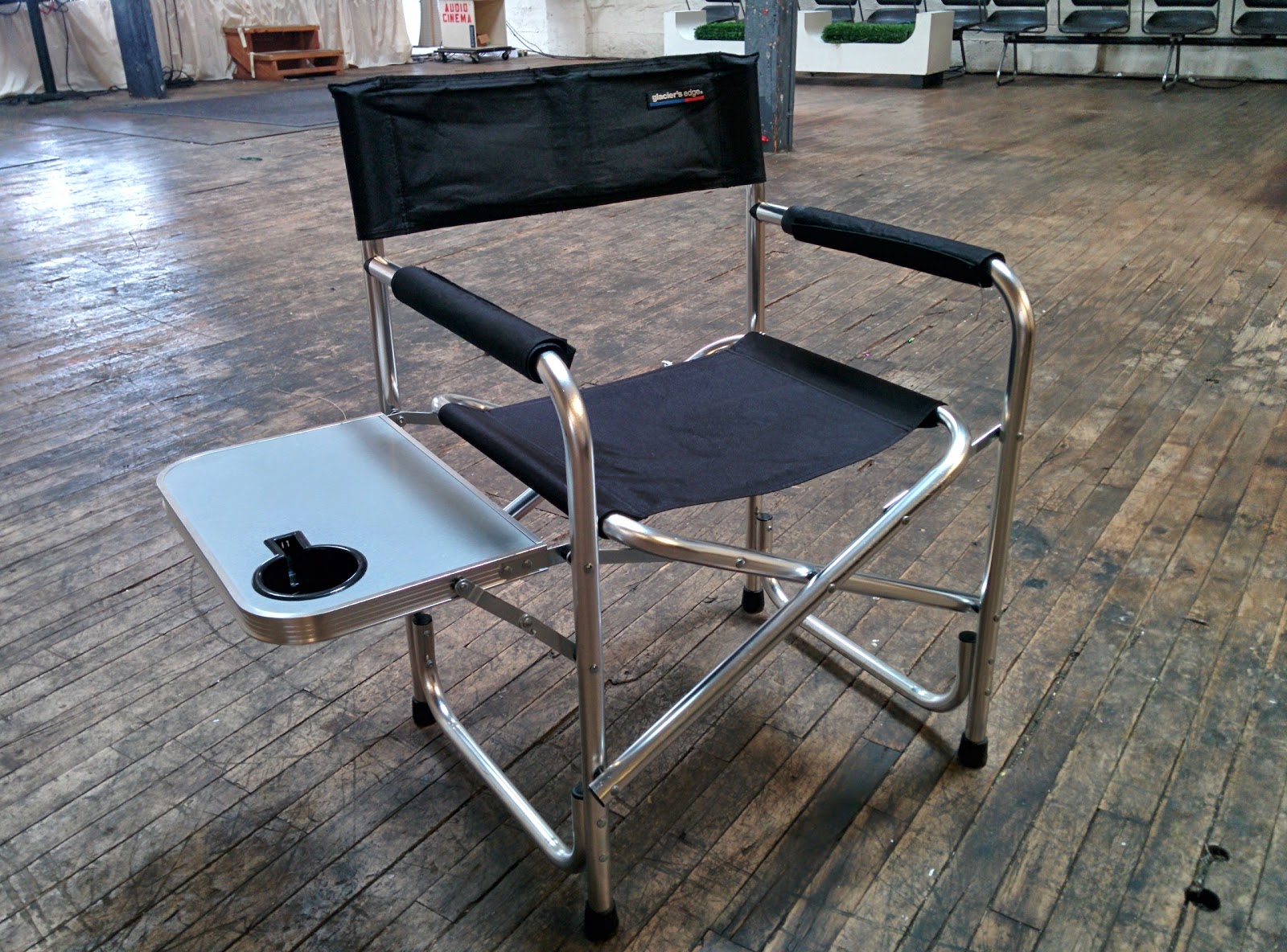 Finally, the piece of resistance: the Glacier’s Edge Mark II Collapsible Posterior Support System. Forged of not-aircraft-grade aluminum, the system is enshrouded with ballistic nylon, capable of withstanding a shock load of thousands of grams. The system comes equipped with a horizontal accessory platform (aka “tray”), as well as vulcanized high-friction stabilizing pods. It’s a real beaut, but if you want one, you’d better start saving. They can sell for literally tens of dollars.


And there you have it. Minor tweaks here and there, but the little things do add up, providing a leaner, meaner sound department. Okay, we’re not mean... unless we’re pushed too far: