Sound Devices pulled away the satin cover today to reveal the 633 mixer/recorder. Like a Herve Villechaize to the 664’s Ricardo Montalban, it looks like a truncated, but nearly identical, version of the larger model. 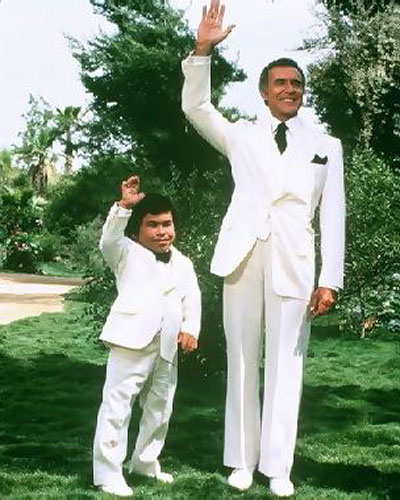 From glancing at the marketing material, it looks like it could fully replace the 302 and the 744T, making it ostensibly a good choice for an entry-level or secondary use (car rig, etc) purchase:

Trew Audio let their fingers do the walking in their own into video, and they raise a valid point about the smaller faders for channels 4-6. Until I can get a review sample to do some finger-mashing of my own, I’ll have to take their word on it:

Sound Devices will be launching a new product this morning, and will be live streaming the release from Trew Audio in L.A. beginning at 9:30 am PST :


Watch live streaming video from trewaudio at livestream.com
No comments:

Since the advent of microphone use, suspensions, or “shock mounts” have been necessary. A good shock mount must provide a solid grip, excellent isolation, and a certain amount of compliance in a delicate balance. This balance will vary between mics and applications. The more sensitive you make a mic, the more it picks up unintended sounds, such as handling noise. If your mic is out on the end of a long boom pole, and in motion, isolation is key.

While key, it isn’t the sole factor. Place the mic in a nice web of springy, compliant materials, and it will be “floated”, with most thumps from the pole dissipated by the mount. 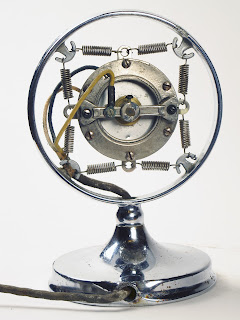 But if it’s overly compliant, then a heavier mic will travel more, either smacking the edges of the mount, or wobbling to and fro before settling. And while a foam windscreen will diminish air speed over the diaphragm, its inertia becomes a factor: swing a mic vigorously enough and you'll hear the diaphragm itself in motion, generating unintended sound.

K-Tek, long known for their boom poles, has introduced the Nautilus. A groundbreaking, award-winning design, it features suspension arms made from a proprietary composite material in the form a spiral, which, according to the website, provides “3 dimensional isolation”.

The arms slide onto a T-shaped mounting rail, where a small lever locks each arm in place. The fact that it uses a locking arm to secure it means it has the freedom to be placed anywhere on the rail, accommodation just about any length of microphone. For the heavier mics, they suggest adding a third suspension arm. Each Nautilus ships with two sets of suspension arms: a grey, high-compliance set, and a black, low-compliance set. 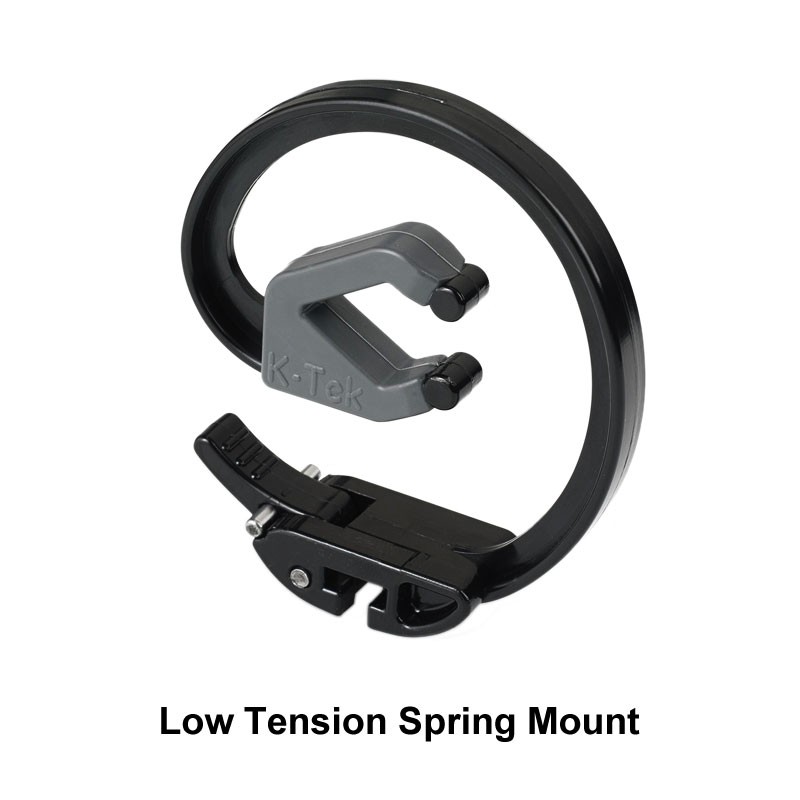 Since there would be too many variables to test each shockmount individually, I tried my darnedest to come up with a process whereby I could test both mounts simultaneously. Since this blog is about sound for picture, I chose short shotguns (very common between film-style and reality production), and a model that runs a little heavier than most, the MKH-416. For comparison, I used the Rycote InVision Broadcast HG MKIII, which is intended for heavier mics in outdoor use, and the black, low-compliance set of K-Tek arms.

The Nautilus is conveniently threaded for a ⅜ 16 mount, found on just about every boom out there. I placed a stereo t-bar onto a standard tripod mic stand, with the Rycote on the left, and the K-Tek on the right, capping the 416s with indoor foam windscreens. Both were then hard wired via 25’ XLRs to a Sound Devices 664, with the low end roll-offs disengaged for both channels. I did my best to match the trims (the faders have calibrated onscreen displays), and recorded a two-channel poly WAV file at 48kHz, 24bit. 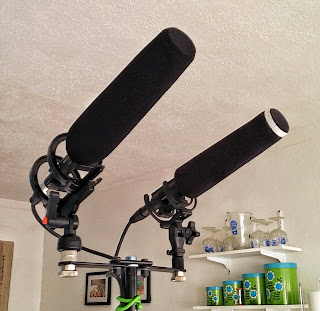 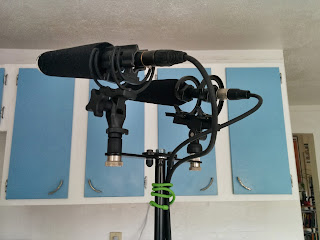 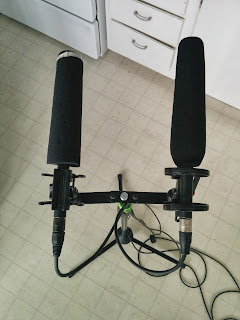 I got such awesome stereo cabinet tone...

I figured the best way to test its isolation and compliance was to give it a decent, Bart Simpson-style throttling, which I did in three directions: linearly (forwards/backwards), laterally (side-to-side) and a short drop. The recording was done in my "test kitchen", AKA my actual kitchen, so you will hear the gentle murmur of suburban traffic in the background.

Below are snippets of each section of the files, labeled according to the orientation of the pole and the type of movement. Again, the Rycote is on the left, and the K-Tek is on the right. The files are downloadable should you want to solo each channel:

Both suspensions worked very well, keeping the mics in place while diminishing the majority of the handling noise from my ham-like fists. The Rycote was more compliant, and thus had a greater travel during the shake. As a result, it had more low end rumble, ostensibly from inertia acting on the diaphragm. The K-Tek was more rigid, and did not exhibit the same low rumble; however, it was plagued, in all three axes, by a ticking sound. I have to imagine that it’s the suspension arm shifting against the T-rail. As the Rycote’s Lyres are screwed in, they have little, if any, travel in their mounts. The ticking is a deal breaker, as its frequency lies in a very noticeable range, while engaging a simple roll-off can virtually eliminate low end rumble.

The Nautilus is a beautiful, if slightly flawed design. Were it half the price of the Rycote, I’d recommend it as a starter kit, or for low-demand situations (static interviews with a boom on a C-stand, for example). With its current MSRP, other options make more sense.

UPDATE: A handful of Nautilus owners has expressed surprise that the unit was noisy, and suggest that might be defective. Dave Fisk from K-Tek has offered to exchange the review sample for another. When I receive that, I will conduct another test recording and post a follow up.

Mightier Than the Boom

Mixer Chris Durfy has put together a detailed how-to on planting a lav mic inside the body of a pen:

"On my last show, I was having some problems with body mics and scratchy police officer wardrobe.
After trying different ways to mic up the cast with hidden techniques that were not 100%, I [thought] I’d venture into the realm of the pen mic...

This mic is great for cast with pockets on the shirt. Cops, scientists, etc… You will need to get together with the wardrobe department to have them cut a hole behind the pocket for routing of the wire to the pack." 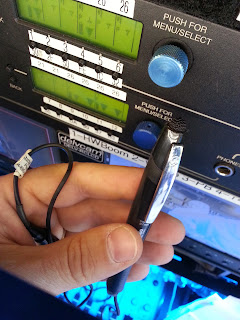 Sound Devices will reveal...something, on Tuesday, November 19th at 9am. Trew Audio L. A. will be live streaming the announcement 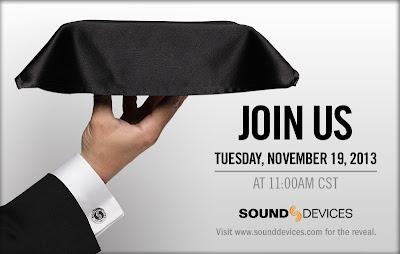