Just coming off four days on the new HGTV show Bang For Your Buck, which, oddly, was not a hunting show about male deer.

Anyhoo, a bit's happened since my last post: the FCC voted unanimously to open up the whitespaces for a nation-wide deployment of wireless internet services and devices. Nothing new, exactly, other than it's now official. Technically, new whitepace devices may be legally sold after Februrary 18th, 2009, and sales of new wireless microphones in the 700 MHz band are outlawed.

What does this mean at the practical level for production sound mixers? Things are going to get more crowded, obviously. The world's going wireless, from phones to laptops to other mobile devices not even conceived of yet, so we're all going to get a bit cozy here in the near future.

For operators like myself, who typically work solo with four or so wireless mics and a pair of wirelesss hops to camera in a residential neighborhood, it doesn't seem like a lot will change. Already, mixers tip-toe around each other and DTV signals, scanning frequencies at each new location (or coordinating beforehand with software from vendors like Lectrosonics or Shure).

For large-scale users (think NFL, Broadway shows, etc.), who depend on an enormous amount of wireless communications beyond program microphones, things are going to get interesting. Either they're going to have to reduce the number of comm devices (complicated to the point of nearly impossible with the scale of some modern productions), or they're going to have to retro-fit the entire operation with new digital technology (expensive, and in some cases not entirely proven in terms of robustness in the field, i.e. bluetooth).

Mainly, though, a lot of this is merely a forehead smacking "duh". Outside of larger entities like major broadcasters, nearly every wireless microphone user is, technically speaking, a pirate broadcaster:

Despite some "urban legends" to the contrary, all professional audio wireless microphones, wireless intercoms and wireless in-ear monitoring systems used in the U.S. are required to be licensed by the FCC (Federal Communications Commission). Although enforcement actions have been infrequent, unlicensed operation can potentially subject wireless users to fines and other penalties...

Broadcasters and TV/film producers can qualify for licenses under Part 74, Subpart H of the FCC rules, "Low Power Auxiliary Stations". Other "general" wireless users who can’t qualify under Part 74 can only be licensed on a very restricted basis for eight specific VHF frequencies in the 170 MHz range. However, only four of these frequencies can be used at one time at a location and interference is often a serious problem. General wireless users who do attempt to license these frequencies find that the process is extremely complicated and difficult, leading most to simply give up.

I haven't taken an official poll, but I'd be willing to bet that the majority of the production companies I work for are not licensed users, nor are the other mixers I personally know here in town. We've all been working on borrowed time and spectrum since the FCC had announced in '96 that they would shut off the analog OTA transmitters. They even pushed the date back several times to its current target of Februray 17th, 2009, allowing for a traditionally slow-moving industry to further adapt, and yet here we are, sweating it out.

The thing of it is that it won't be like some giant rocker switch will be thrown, shutting us all down on that day with a big, descending-pitch hum. A nation-wide deployment of wireless internet will now be allowed, but won't reach any sort of serious penetration levels for while. Realistically, I'd say we'd have at least six months to a year before we even see these kinds of services rolled out in major metropolitan markets, and another year beyond that before devices that can utilize them start appearing in the market in any real quantities. Hell, we're still waiting on broader deployment of 3G from some of the major telcos, and that's been around since at least '99.

On top of that, all new whitespace devices are required to be "spectrum-sensing", meaning that if the device detects a wireless mic or comm on its frequency, it should automatically hop to another open channel. The jury is still out on whether this will actually work or not, but it's a step in the right direction if it can be implemented properly.

Again, I'm not a sound supervisor on a major show, tasked with coordinating an enormous amount of multiple wireless to the point where it all functions flawlessly in a live, mission-critical manner. The shows I do are smaller scale, with fewer wireless in a format that allows for another take if there's an audio hit. My own personal work won't have to change much. As for the rest of the industry we'll have to wait and see, but it will more than likely be business as usual until then.

"The Bottom Line: Legal Use of Wireless Microphones", via ProSoundWeb.

Chew with your mouth closed. Keep your elbows off table. Children should be seen and not heard. When you throw up in an alley behind a bar, do not go back in to "complete the mission".

This things have nothing to do with Set Etiquette and the Chain of Command, a new article from Rick Patton over at Trew Audio's Audio Flow; I just thought that my readership could use some classing up. But the article does have some very valuable, time-tested wisdom for the rest of us. Snip:

What are the basic rules for how to behave on a movie set? Don’t draw attention to yourself. Wear dark colors and be quiet. Turn off your cell phone. Don’t make eye contact with the actors and don’t stand in their eyeline. Don’t talk to above-the-line people unless they talk to you first. Don’t block doorways. Smile, be polite, and acknowledge the pecking order. Resist the urge to help out unless someone specifically asks for your help. Those are the basic ground rules for anybody walking onto a set for the first time. That’s good information for newbies and veterans alike. There are additional layers of etiquette when you are a crewmember or working on a documentary.

I'm usually introduced to people as a "sound guy". Like many tech-oriented industries, film and television production have traditionally been male-dominated. To date, I know of only two female production sound mixers here in Oregon (Hi Anna and Randi!).

W.A.M. is looking to change that. Based of out San Francisco, the non-profit Women's Audio Mission aims to "change the face of sound" by providing training, experience and career counseling for 200 women a year, 20 of whom are placed with paying jobs in the industry.

They are also encouraging the next generation of women in the recording arts with G.R.O.W., the Girls Recording Outreach Program. G.R.O.W. matches girls 8 to 18 with women mentors on small-scale recording projects, designed to mirror real-world productions in an environment conducive to learning.

In short, they're awesome, and they deserve all the support they can get.

A Stretch in Time Saves Nine (Nine of What, I have No Idea...)

Occasionally, you get stuck with a chunk of audio, be it music or effects, that is just too short, or long. Since post production is all about making a tidy little package, it's important to ensure that all of the components fit just so, which is where time-stretching can come in handily.

Traditionally, altering the speed of an audio clip also altered its pitch. While this is useful for effects, it's detrimental when all you need is to fit a selection into a pre-determined time slot. Luckily, modern DAWs offer the ability to stretch time while maintaining the original pitch. 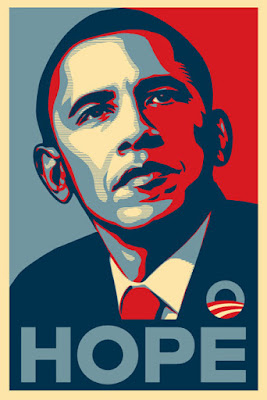