(Anyone who happened to land here looking for compromising photos of celebrities, begone with ye; ye have been misled, Apple Maps-style, by a side effect of the Google search algorithm.)

Everyone else: welcome to another installment of “I’ve Had Too Much Coffee, and Now Must Broadcast My Grumpiness Across the Internets, Veiled In the Finery of an Op-Ed.” This episode has to do with the “unsolicited assist”, wherein a well-meaning member of Wardrobe “fixes” a lav mic for us, without, as mentioned, being asked to do so.

This has happened to me more than once: mic talent, give the AD a thumbs up, we roll, I monitor boom. Midway through the take, I dip into the iso’s to check on the wire, only to hear the muffled crunch of a buried mic capsule (not entirely dissimilar to what it must sound like to be wrapped in a burlap sack and dragged across a gravel road). I assume my rig failed, and prepare to hold everything up before we move on to take two. Cut is called, and wardrobe only then approaches to tell me that they had to move the mic because “they could see it”.

This, dear readers, is wrong-a-rino. It doesn’t matter if we can see it. It only matters if it reads. If it reads, they (meaning the director, DP, producer, or any other of the gaggle of folks with eyes glued to the primary monitor) will let the Sound Department know, since it’s our responsibility, not anyone else’s.

While this shouldn’t have to be said, we make a living based upon an illusion. Every single medium that utilizes motion pictures, from the simplest talking head corporate interview to the biggest multi-camera feature film, involves a slight of hand, or, for the fancy-panted amongst you, trompe l’oeil. 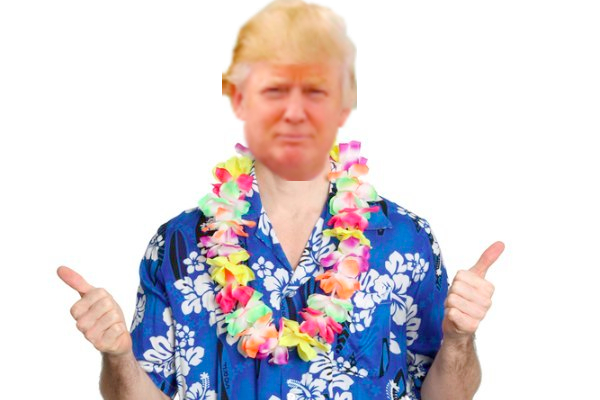 Say it out loud; you'll get it.

For even the most basic image capture process, it’s all a trick: we assemble a series of still pictures and display them in a specific way to convince the viewer of motion. We use numerous techniques, but most only work from a single perspective, that of the final intended viewer. Get too close, and the magic breaks down: sets and (non-hero) props don’t hold up; seams, both in clothing and poorly-done plastic surgery, begin to show.

But that’s just fine. We’re not making it for us. We’re making it for them: the intended audience. That isn’t to say that we phone it in; the unforgiving nature of HD formats coupled with larger modern screens means that the bar is high; something that may pass on stage, or would have once upon a time in standard def on a 27” inch TV, won’t cut it. Details must be finer, the illusion more thorough.

That said, there are some things that we let play in plain sight. We know that the viewer’s attention will be elsewhere in the frame. Even if they’re looking right at it, they won’t know that the little black dot in the shadow of a man’s tie knot is actually a microphone. The audience isn’t actually out to “catch” us. They want the illusion to work as well. It’s a tacit agreement between creators and consumers: “We’ll make this stuff, with lights and music and whatnot, and you’ll watch it and let your brain pretend that it’s ‘real’ enough to engage you once a week.”

We, as sound mixers, are not out to foul that up. When we’re charged with micing talent, we employ many spy-level mounts and rigs to conceal a microphone, preamp, RF transmitter, and power supply on a person that produces good sound, while still allowing freedom of movement and a low visual profile. Sometimes, due to a starched shirt, a hirsute actor, or vigorous action, we need to let the mic live out in the open a little bit. Since most of the common professional lav mics these days have capsules smaller than a match head, this will be just fine. 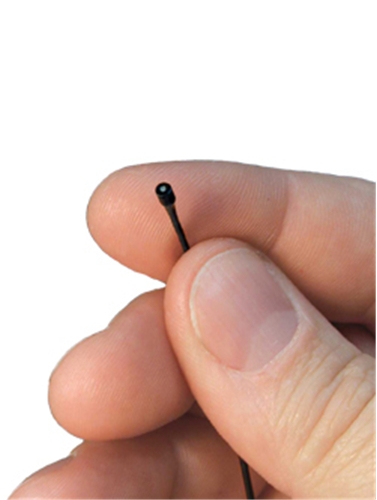 Yes, you can see it. So can I. And so can anyone that knows what a lav mic capsule looks like. But that doesn’t necessarily mean it will read on camera. Lighting, lenses and viewing angle all come into play, as well as the basic notion that anyone who ever looks at another human being will first look at the eyes. This is how we connect, by trying to “read” the other person (and also why ACs pull focus to the eye, and not the chest or chin. Focus anywhere but the eye isn’t in focus, unless that’s the artistic intent). As a viewer of award-winning TV shows, I can tell you that I have seen many, many mics right out in the open. Numerous people involved felt like it wouldn’t detract from the show, or turn viewers away. They were absolutely right.

Finally, it isn’t your job. There will be at least three people scanning every pixel of the frame on a professional monitor. Trust me: if anything is even slightly amiss, they will let us know tout suite. When they do, they won’t say, “Hey, Wardrobe, we can see the mic.” They’ll say, “Hey, Sound, we can see the mic.” It will be up to us, the Sound Department, to make any adjustments. Should we encounter difficulty, we will, as always, consult and collaborate with Wardrobe in order to find a solution. We all need to work together to make our day. But Sound, and only Sound, should be the ones to adjust the mics. If the shoe was literally on the other foot, you wouldn’t want us trying to dress talent in a presentable manner. That would only end in wrinkles and tears. 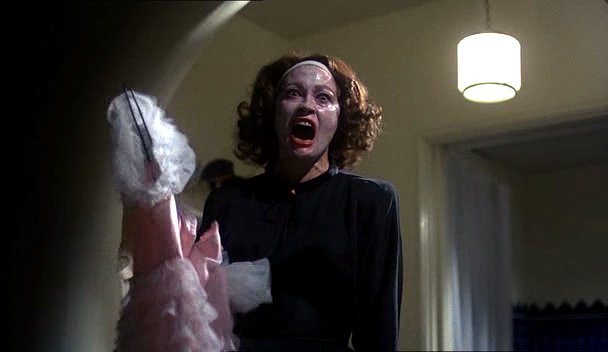 Alllllmost this bad. But not quite.

you spelled ' trompe l'oeil' wrong. otherwise your article was spot on.

i had this very 'discussion' with a wardrobe person who said they saw the black furry of a rycote overcover on the actor. they saw it standing 6 inches from the actor. but the scene was a night shot with only moonlight illuminating the actor ( i.e. a 20K on a condor) the actor was wearing a black button down shirt and a black leather jacket.

because we were in a hurry, and it was a very dramatic scene, i capitulated when the wardrobe person moved the mic. luckily i was able to boom it all. did i forget to mention we were on a 25 MM lens at about 50 feet away ? and it was night? and my black mic was on a black shirt? the actor could have held the mic in his hand, shown a flashlight on it and we still wouldnt have been able to see the mic ( which was a black countrymen B-6 btw). this was the first ((and the last time) i let a wardrobe person do this. what i should have done (though time didnt permit), was to ask the cam op if he could see the mic. his response after laughing so hard he would have fallen off the dolly would have been, "are you f**king kidding?"

i think its our responsibility to school some wardrobe people about lenses. i should have told this person to "go look through the eyepiece of the camera ( or the monitor) and tell me if you see it", which is what i usually do, and that usually ends the debate right there.

Yep, do it often. On television shoots, from the Producer I'll get "I can see the mic" and I'll then hand them the monitor and say "can you?" and then I'll get... "oh..."